An energy bill that Congress can and should pass – The Hill’s Congress Blog.

Excellent article by our North American CEO, Chris Curtis.  Worth the full read to get the passion and commitment of his words, as well as much more detail.   And – here are the key points Chris makes – on four steps that can be taken to deliver on the promises made in the State of the Union address. 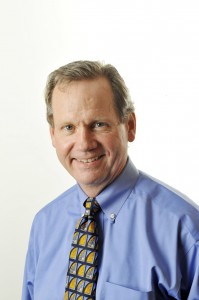 First – The federal government is the largest energy consumer in the country. It has taken some important steps to reign this in, including the recently announced Better Buildings Challenge. But the biggest change government could bring would be to apply the same principles to energy efficiency that help to educate consumers on the food that we eat and the products we purchase. A Federal mandate that all commercial buildings in the U.S. should be ‘labeled’ to reveal their energy efficiency would dramatically shift the discussion.

Second – As the president discussed in his State of the Union, there are trillions of dollars of profits earned by U.S. businesses locked up in foreign countries. Repatriating those dollars would have a major impact on our economy, but the debate over how to do that effectively has raged for years and led to inaction. Here’s a simple idea: Allow businesses to repatriate dollars with zero tax impact, if those dollars are used for energy efficiency programs here in the U.S.

Third – The Senate needs to pick up and pass Shaheen-Portman, and the House of Representatives should pass the energy efficiency bill being advanced by Rep. Charles Bass (R-N.H). The bodies should then reconcile those bills and put the resulting bill on the president’s desk. These initiatives, which already have bi-partisan support, would strengthen building codes, providing financing options for manufacturers, and require the federal government to improve its own energy management.

Fourth – There are initiatives the administration can take that will have a major impact on green jobs and energy efficiency that don’t require Congressional action. We call on the Department of Energy, led by Secretary Chu, to sponsor a new training and awareness program for states and cities on the topic of performance contracting. Performance contracting is the cornerstone of the federal government’s Better Buildings Challenge, upgrading buildings and making them more energy efficient at no cost to taxpayers. Some states and cities have leveraged performance contracting as well, but education and adoption at the state and local level is low. We would volunteer to co-sponsor such a training and awareness program, and I’m sure other energy services companies would support this program as well.

In fact, we already provide free training to anyone that is interested through our on-line Energy University.   In fact, 14 professional groups, including IEEE and USGBC have either assigned credits or approved of our program to fulfill continuing education credits requirements.   This includes training on Financing and Performance Contracting for Energy Efficient Projects.

I’m proud to work for a company with such a clear vision for the future, and the capabilities, passion and will to collaborate with public and private sector colleagues to make it happen. Let’s work together to accelerate progress.

Congress Is Broken and Energy Efficiency Proves It

What Does King Tut Have to Do with Energy Management . . . Everything if You Are the Dallas Museum of Art